Domestic Violence and Child Custody: What You Need to Know During Your Divorce

One of the things that most people worry about when getting a divorce is that there will be contention. However, for others, there's more to agonise about — dealing with child custody in the wake of marital violence. If you are divorcing an abusive spouse, you may be protective of your kids. The possibility of the abusive spouse getting child custody can be disheartening.

Domestic Violence and Child Custody: Factors Considered by the Court

If you're dealing with domestic violence in the middle of a child custody case, you need to know the factors the court will consider during the case. In particular, the judge will examine the following issues:

The judge will determine whether acts of violence were directed on you only or the children as well. They will also want to know whether the kids were witnesses of physical, verbal or emotional abuse. Other issues to be reviewed include the following:

As the victim of domestic violence, it's crucial to provide all evidence regarding the abuse. This will allow the court to make an informed decision in regards to who should have custody of the kids.

Effects of Violence on Child Custody

If the judge establishes that the abusive parent poses a danger to the children, they can deny them custody. Also, if the abuse has gone on for an extended period, this can reflect on your partner's future behaviour, and this may cause the court to deny them their parental rights. In this case, the judge may take the following actions:

In addition to this, the court may order your ex to undergo counselling or take anger management classes to help them manage abusive behaviour. Depending on the severity of the violence, the judge may also serve a restraining order to prevent further abuse from your ex.

Can the Court Favour an Abusive Spouse?

In most cases, as long as there is substantial evidence of domestic violence, the courts won't favour an abusive spouse in a child custody case. However, it will consider factors such as the possibility of the non-abusive spouse restricting visitations or intentionally punishing the abusive ex. While such behaviour is understandable, it violates the agreement and can result in future lawsuits which may be ruled in favour of the abusive partner.

Fighting for child custody amidst domestic violence can be traumatising and draining. Hire a domestic violence lawyer to fight for your rights and ensure you and your kids get protection from an abusive ex-partner. 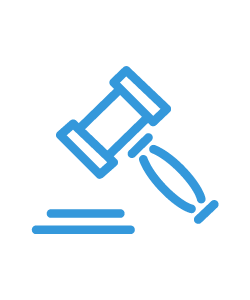